Operating Cash Flow (OCF) is a practical measure of a business? cash flow and may be the single most important metric for measuring the health of your core business operations.

This presentation describes the importance of Operating Cash Flow to a business, what it is, and how to calculate it, including examples. 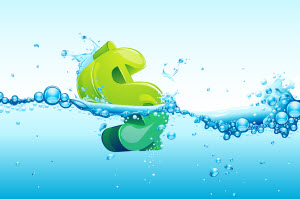 Brenda headed a multi-million dollar consulting firm primarily focused on government projects. Now in her 20th year, she was a thought-leader in her field and considered herself quite successful. Her current P&Ls showed decreasing profit and her cash flow had reduced to a trickle. The bank had reduced her line of credit.

The crush of three new contracts landing at once put staff under pressure to complete their initial fact finding and analysis work. As a result, invoicing and accounts receivable follow up were overlooked and computer reports did not show the deviation from standard.

Brenda was surprised when we told her that the second problem was not a downturn in profit. In fact, her profit margin had actually increased. The problem was in her accounting system. When Brenda installed her system, she used the default Chart of Accounts for service businesses as suggested by her accounting software. This resulted in ignoring her major asset ? work in progress (WIP). The standard setup used the cash basis method of accounting. This means income was recognized when it was actually received and expenses were recorded when paid. This resulted in Brenda?s booking a great deal of consultant salary expense while receiving no income. The result ? the appearance of greatly reduced profit.

We added an account called WIP. All job costs such as wages and travel were placed in this account until the job was billed. At that point the costs were deducted to match the timing of the income. WIP is really a kind of inventory account and is recognized as an asset on the Balance Sheet. Once Brenda?s bank understood she not only had significant profit, but also had substantial assets in the form of WIP inventory to serve as collateral, her problem was over. The credit line was restored.

Both of Brenda?s problems arose because she, like most independent business owners, was not intimately familiar with the use of her accounting system to provide management information. Her accountant had not mentioned the discrepancy because he was thinking of her records from a tax preparation point of view. Her books gave him the information he needed to prepare tax returns. Unfortunately, it did not give Brenda the information she needed to run her business and make sound decisions.

Unfortunately, Brenda?s story is not unique. At businessmoneyinsights.com, we?re dedicated to providing practical business financial education in plain English. We?re a ?jargon-free zone? where high-level theory that can?t be implemented is not allowed.

We like theory only if you can apply it and get it to work for the benefit of your business, your clients, customers, and patients.

Ultimately, we help dedicated entrepreneurs who have big dreams to make more money in record time and keep more of what they make, so they can continue to make a positive contribution to the world. 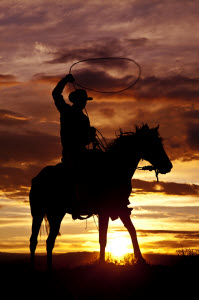 Brett is a cowboy from southwest Colorado who was living his dream. He did leather work. His main product was panniers, the ?suitcases? that fit on either side of a pack horse. Brett?s reputation for high quality work assured he was kept busy. He was serious about his work because he himself used his panniers. He grew up using inferior quality panniers that came apart after just a season or two in the high country and vowed he would create and deliver a product that would not let a ?packer? down.

I met Brett in the late 80s when he came to my office to discuss his business. His profit was so small he could not live on it.

Analysis indicated that Brett had to raise his prices. He immediately objected. His customers were working cowboys and hunting guides. They didn?t make a lot of money and Brett was afraid he would lose their business if he raised his prices. Brett was not conversant with his key business financial report, the Profit & Loss statement (P&L), and didn?t understand much of the financial case I was making. He just knew he couldn?t raise his prices.

I asked Brett to explain his product warranty. He proudly replied that he stood behind his work and his products and warranted his panniers for lifetime against any defects. I then asked him how he would make warranty repairs if he was no longer in business. He was quiet for a few moments. He then replied that he got it. He had to make an adequate profit if he was to remain in business to deliver on his warranty promise.

Brett had a dream. He had energy and drive to work hard. He was honest and delivered a high quality product. What Brett lacked was financial savvy. He didn?t understand that his financial statements were warning him that he was headed for financial difficulty. Because he didn?t understand the clues, he didn?t recognize that he was in trouble until he was about out of money. Brett is not alone. Most entrepreneurs are not financially literate. They don?t understand basic principles and best practices for business money management. It?s not their fault. This subject matter is poorly taught.

At businessmoneyinsights.com, we?re dedicated to providing practical business financial education in plain English. We?re a ?jargon-free zone? where high-level theory that can?t be implemented is not allowed.

We like theory only if you can apply it and get it to work for the benefit of your business, your clients, customers, and patients.

Ultimately, we help dedicated entrepreneurs who have big dreams to make more money in record time and keep more of what they make, so they can continue to make a positive contribution to the world. 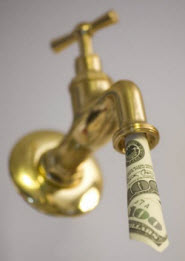 Ronnie owns and operates a media sales business. He is the only employee. He works hard and is told he is successful. I put it that way because Ronnie isn?t sure. We met for an initial visit and, after a pleasantry or two, he told me this, ?My tax return says I made a profit, but my checkbook says it lies.? I?d never heard it put quite that way, but I immediately knew what he meant.

Ronnie has lots of company. He puts sales on the books, pays his business bills, doesn?t have a lot of cash left, and is stunned when he learns he made a decent profit and owes more income tax than expected. Ronnie?s question to me, ?Where did it go??

After paying business expenses, there are only two places money can go ? first, investment in the business, and second, a return to the investor/owner. Let?s look at where Ronnie found his money as I suspect his situation isn?t much different from yours.

Let?s dispense with the second possibility first ? return to the owner. Ronnie is a sole proprietor who files a Schedule C as part of his federal income tax return. Sole proprietors don?t receive a paycheck. Instead, they receive draws from the business. Ronnie keeps good books and properly records every check paid to him. He knew how much money he received from the business. No surprise there.

What Ronnie didn?t realize was how much he was investing and reinvesting in his business. We began by looking at an investment that most entrepreneurs fail to recognize ? their investment in Accounts Receivable (AR). Ronnie is no different. He bills his clients monthly and collects most accounts within the following month. Ronnie is a victim of his own success. As his business grows, his monthly billings and, therefore, his monthly AR are also growing. Ronnie ran up against a cardinal rule of business ? money almost always goes out before it comes in. Stated another way, Expenses must be paid on time (usually monthly) while revenue (sales/receipts) come in more slowly.

Ronnie keeps his books just like most entrepreneurs. He has loans, as do most entrepreneurs, and makes monthly payments. He records the payments as an expense. However, only the interest is a deductible expense. The principle portion of his payment is an investment in his business ? the repayment of a loan that allowed him to buy equipment before he had the spare cash to pay for it.

Ronnie learned there are many different ways to invest and reinvest in his business. Although he doesn?t like the conflicting messages between his checkbook and his tax return, he now understands where his money is going.

Fortunately, there are methods to reduce the gap between money going out and money coming in. These methods are called cash flow management and will be the subject of future blog posts.

For now, remember there are only two places your money can go: 1) investments in your business, and 2) paying yourself. The next time you consider buying something for your business, make sure you also think about how more money can go into your own pocket.

For service-dedicated entrepreneurs looking to make a bigger difference in the world, our goal is to … END_OF_DOCUMENT_TOKEN_TO_BE_REPLACED